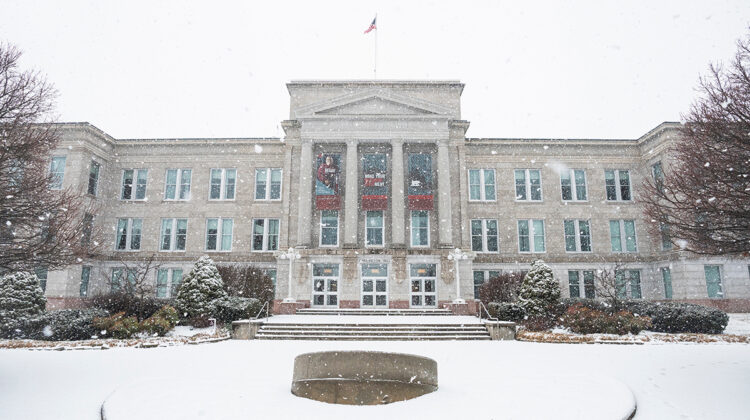 Earlier this month the Springfield campus Executive Budget Committee held its first meeting to discuss the fiscal year 2021 budget. This year’s chair is Dr. Richard Gebken, and each college has an elected faculty representative on the committee. Leaders of Faculty Senate, Staff Senate, the Student Government Association also sit on this committee.

The purpose of this meeting was to evaluate preliminary budget numbers and discuss strategies to increase revenue and reduce expenses to fill the budget shortfall. The Executive Budget Committee makes recommendations that the Board of Governors considers when finalizing and approving the university’s operating budget.

Unfortunately, we also had to budget for $4.6 million in reduced revenue because of a decline in credit hour enrollment.

Planning for next year

Next year’s budget assumptions include:

Unfortunately, our enrollment model continues to project another enrollment decline in fall 2020.  This will impact the budget with:

If Missouri State increases undergraduate in-state tuition by the maximum amount allowed by the law, we will still have an anticipated budget shortfall of nearly $7 million that must be filled for the upcoming fiscal year.

How we move foward

We are developing several strategies to address this budget shortfall.

First, we are implementing cost reductions of $2.9 million across campus. I have asked all cost centers to begin the thoughtful process of identifying where these reductions can be taken.

Third, we are advocating for an increase in operating appropriations from the state. Last week Chairman of the Board of Governors Craig Frazier and I traveled to Jefferson City and met with legislators to discuss the importance of year-over-year operating appropriation increases for Missouri State. You can find additional information about these meetings and the other work we are doing in Jefferson City in the most recent MSU Legislative Network update.

Board will discuss this week

We will present this same information to the Board of Governors later this week during the Finance and Facilities Committee meeting. Discussion at that meeting will focus on tuition and fees for the 2020-21 academic year.

Due to last year’s appropriations increase, we were able to hold the tuition increase for in-state undergraduate students to 2.87%. Our tuition increase was significantly lower than the increases at other public universities throughout Missouri. This allows us flexibility to increase tuition in the coming year while still being competitive with our affordability.

If you have input on any issues relevant to the university’s budget, please feel free to reach out to the members of the Executive Budget Committee. You can find the roster in the university’s Committees Handbook. 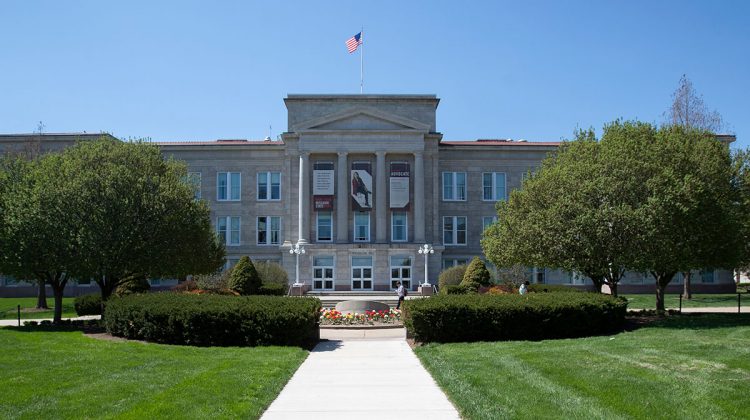 The Finance and Facilities Committee reviewed recommendations from the Executive Budget Committee. We are very fortunate to have new revenue in this year’s budget due to a substantial increase in state appropriations, a modest tuition increase and reallocation of $2.4 million in existing resources.

However, we are anticipating a 2.8% enrollment decline next fall. This will cost the university approximately $4.6 million in lost revenue.

Investing in our employees

The Executive Budget Committee has recommended that the bulk of the revenue remaining after we account for the enrollment decline go toward our employees. Highlights include:

The compensation increases include a 1.9% across-the-board cost-of-living pay adjustment for employees. If approved by the board in June, this increase will go into effect on July 1.

We also plan to set aside $800,000 in a scholarship and recruitment fund to develop strategies to increase enrollment.

During its regular meeting, the board approved this year’s slate of inductees into the Wall of Fame. This year’s inductees are:

As in years past, we will have an induction ceremony honoring these individuals during Homecoming week.

The Board also acknowledged this year’s recipients of the Excellence in Public Affairs Award:

The board also approved commendations for Tom Dickey (outgoing chair of faculty senate) and Jon Lee (outgoing chair of staff senate) as well as our SGA President Isaiah Villarreal and SGA Vice President Dillon Cordon. Congratulations to all of you on a great year. The university is a better place because of your leadership.

The board concluded its meeting with a discussion of the department of defense and strategic studies (DSS). The program is highly acclaimed for its emphasis on practical application as well as theoretical comprehension. DSS plans to submit a proposal for approval of a professional doctorate degree program to the Missouri Department of Higher Education this summer. 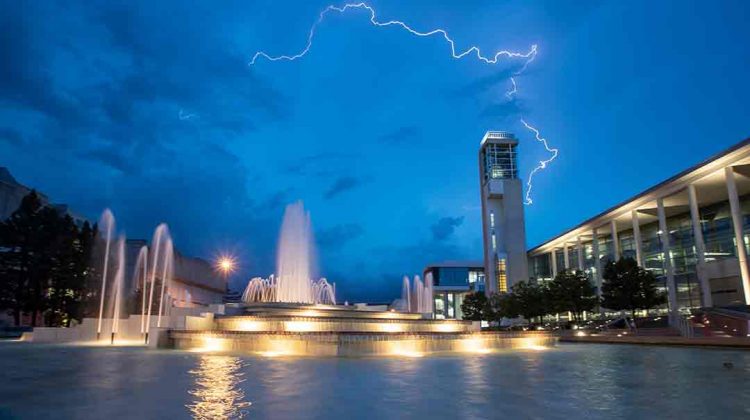 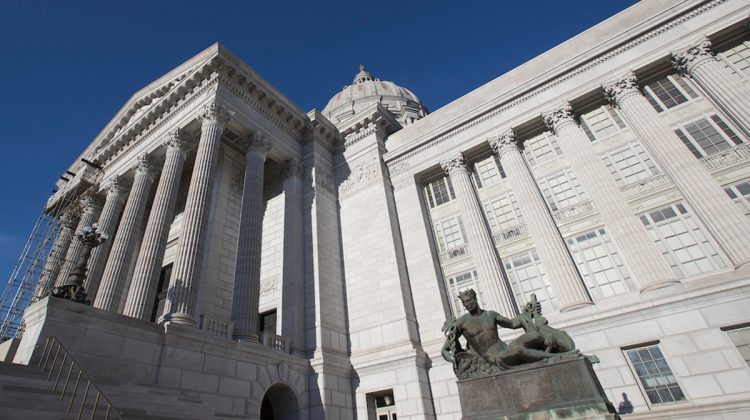 Last week the Executive Budget Committee had its first meeting of the year. The committee will work in the coming months to develop budget recommendations for the Board of Governors.

The Executive Budget Committee discussed Missouri State’s results under the new performance funding model. The Springfield campus met all six of its measures. The West Plains campus met four of its six measures. These results formed a part of the governor’s budget recommendations for fiscal year 2019.

As you know, the governor recommended a 10 percent across-the-board cut to core operating appropriations for all public universities and community colleges. The governor also recommended additional cuts for institutions that did not meet all of their performance funding measures.

The result is that the West Plains campus would receive a cut of more than 13 percent to its operating appropriation under the governor’s recommendations. I have joined the presidents from the other public universities to advocate against the governor’s proposal to reduce appropriations for institutions that did not meet all of their performance funding measures.

Staying true to the strategic plan

The Executive Budget Committee looked at the guiding principles we created a year ago. Those principles will continue to guide us as we develop our budget this year. We remain committed to protecting the core mission and strategic plan of the university. Expense reductions will be strategic, and we will continue to prioritize enrollment growth, affordability and transparency as we make financial decisions.

This year we must fill an $8 million funding gap on the Springfield campus. This gap consists of:

We have identified $4 million in new revenue and expenditure reductions to help fill this gap. The first $2.5 million will be generated by increasing in-state undergraduate tuition by 2.1 percent (which is the amount of CPI) and increasing out-of-state and graduate tuition by 4.2 percent. We have also identified $1.5 million in administrative expenses that we can eliminate before the next fiscal year begins.

This leaves a remaining gap of $4 million. The Executive Budget Committee evaluated several strategies to generate additional revenue to address the remaining funding gap. We will continue to work in the coming months to close the gap and develop a stable fiscal year 2019 budget. We will also continue to aggressively advocate that the legislature restore the appropriation cuts recommended by the governor.

The Missouri Budget Project is a public policy analysis organization that researches and analyzes state budget, tax and economic issues. Amy Blouin, the executive director of the Missouri Budget Project, will be on campus to present and discuss issues related to Missouri’s budget, taxes and economy on Feb. 26 at 7 p.m. in the Welcome Center. Please join me in participating in this conversation. 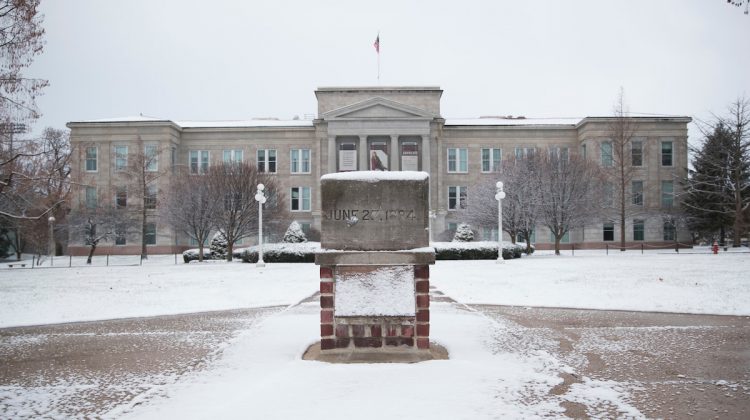