Each month I highlight some of the videos posted to the Missouri State University YouTube channel. The goal of these monthly posts is to share the great production work being done by the staff and student videographers in the office of web and new media, as well as videos produced by other units on campus.

Please feel free to share and embed these videos on your websites and social media presences where appropriate.

As graduation approaches, six spring 2014 graduates share about their time at Missouri State University and their bright futures ahead. Congratulations to the Class of 2014!

This video was produced by the office of web and new media for promotion of the Spring 2014 Commencement ceremonies.

Explore A Passion For Adventure

International Business Programs (IBP) allows College of Business students to earn credit toward their degree by partnering with host Universities in other countries that specialize in business education.

This video was produced by the office of web and new media for the College of Business.

Please visit our Video Services page if you are interested in having our office produce a video for your University unit or department. 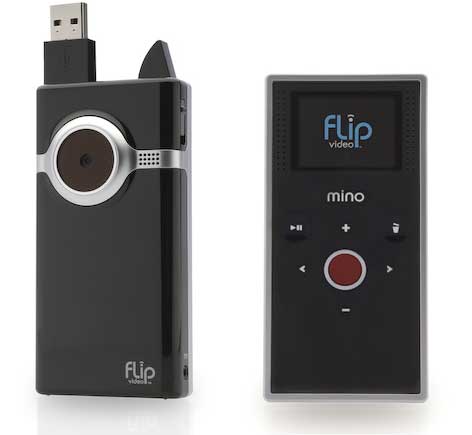 Technology can be intimidating, even for someone who grew up in a house full of computers and hardware. My Dad is a computer engineer and his office is full of monitors, computers, wires, circuit boards and digital media. At one point there was a large oscilloscope blinking out a green heartbeat amidst the confusion. My sister and I would get hand-me-down computers from his office the way other kids got hand-me-down clothes, and I would tinker with the discarded equipment I found lying around.

But playing with obsolete equipment and working a job are two completely different things, so when I started working in Web and New Media, I made it clear I didn’t know a great deal about some of the tools and tasks involved with the job. I’d seen friends work with video editing equipment and I’d always worried about screwing up what they were doing if I messed with it. I didn’t know where to start on my own. When starting this job, I felt like my abilities were rather limited compared to some of the other students in the office. I still wanted to learn so that I could start doing those jobs, but the thought of working with expensive cameras and other gadgets worried me; what if I break it?

I’m sure that feeling is pretty familiar to anyone who has tried to get into something complicated and completely foreign to their experience. It’s like taking your parent’s car out for the first time. You know how it’s supposed to work, but things don’t always behave as they should.

So when my boss told me he wanted me to shoot some footage for a video we’d be putting on the website, I was kind of intimidated. I wasn’t sure how to make it look good. All I knew was some photography – point and shoot. The thought of using an unwieldy camera by myself for the first time was intimidating. Then he showed me the camera I’d be using and suddenly I realized this would be a lot easier than I’d thought. 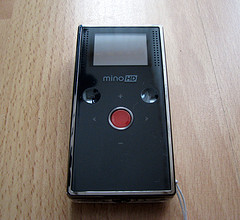 This is the Flip Camera. Not a flip camera, but the Flip Camera. And when we were going over how to use it, there wasn’t much to say, except “push the red button to start recording, and push it again to stop.”

That was it? No complicated features or settings, dials or extra buttons that you forget what they do until maybe you press them and nothing works? I felt like he was going too easy on me. But I relented, and I went out with a handy little mono-pod, which is just like a tripod with one  leg instead of three. It was better than having to hold the camera and getting a shaky picture. And I felt like I was brandishing some sort of techno-primitive shaman’s staff, with a little recorder attached to the top. Imagine Rafiki from the Lion King geared up with electronics.

The parallel continued because I was going to shoot footage for a model African village some international students created for Public Affairs Week.  But armed with my techno-staff and the simple video camera mounted to it, I had no problems setting it down, pressing the red button, getting some footage and moving on. I could do no wrong! I felt like a wiz.

When I got back to the office, editing it wasn’t intimidating either: we dropped the clips into Final Cut Express, which displayed them like “tracks” on a time line. I just cut and pasted clips where I wanted them, overlayed some video to change the view while people were talking and added some transitions. It was like working with music; just with some visuals to boot!

This is the finished video I made with everyone’s help:
httpv://www.youtube.com/watch?v=HJXr9eGUOZg

So despite my apprehension to working with video, I was able to cobble together a nice clip that received a lot of comments! Of course I had a lot of help from my boss and coworkers, but now I know I can do it on my own, and it’s as easy as pressing the red button on the Flip Camera.

I think it’s important not to let new experiences and challenges intimidate you, because when you face them, you wind up learning a lot about what you can do, versus being stuck with what you think you can’t accomplish. I know if I can create videos like the one showcasing the great African village students put together, anybody can do that. And now that I know the Flip Camera is so easy to use, I’m ready to face a more challenging camera to learn more!

Yesterday, a couple of web sites went live that had substantial updates:

Both of these sites are within Web Press. Because the Missouri State Foundation is a separate entity from the University, it uses a custom html template.

Additionally, these sites used some features that are available to all University web sites:

University units wanting more information about using these features can contact the Office of Web and New Media at x65271 or web@missouristate.edu.