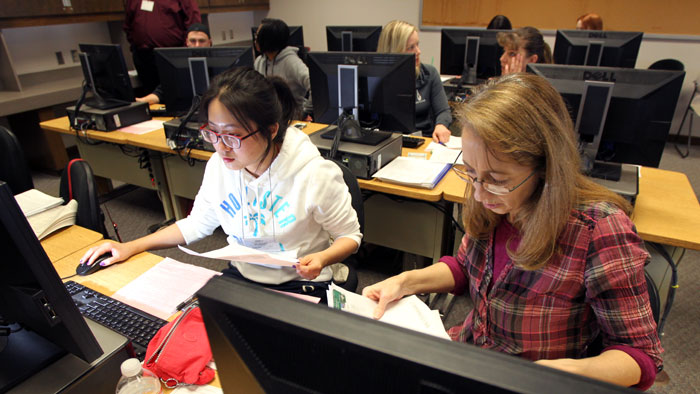 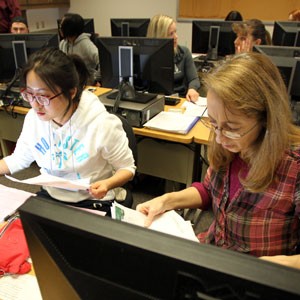 Reports of tax-related identity theft have been in both the national and local media this tax season. Criminals are obtaining personal information from a variety of sources external to the University and using the information to file tax returns claiming fraudulent refunds. This identity theft scam is affecting millions of tax payers across our nation and is reported as being the largest and most costly in United States history.

Computer services has thoroughly investigated this issue and determined no Missouri State information systems have been compromised.

Unfortunately, several Missouri State employees have been affected by this fraud. If you have been a victim of this fraud, please review guidance from the Internal Revenue Service.

A local resource for assistance is the Springfield Internal Revenue Service Office located at 2937 S. Claremont Avenue, Building A, which is off of East Battlefield behind Metropolitan Grill. 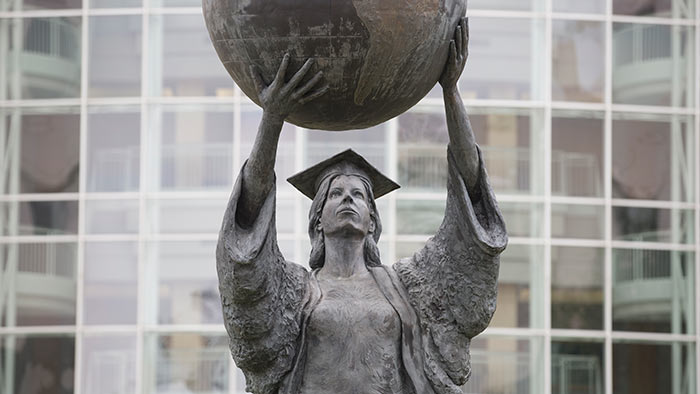 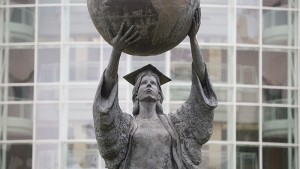 Missouri State University’s 2015 Public Affairs Conference will be held April 14-17.  This year’s theme is “The Ethical Citizen: Can you make a difference?”

Again this year, the conference will bring to campus prominent people from a variety of disciplines and backgrounds; from public, private and academic arenas; and around the world.  Please visit the Public Affairs Conference website for updated schedule, artist, panelist and speaker information, and detailed panel descriptions.

Because this conference is intended to stimulate thinking about a variety of interesting topics, employees may use up to two hours of their work time, in coordination with their supervisors, to attend the conference.  I encourage you to attend, and I encourage supervisors to facilitate attendance by individuals in your offices or divisions.

I look forward to seeing you at many of the conference sessions.  Thank you. 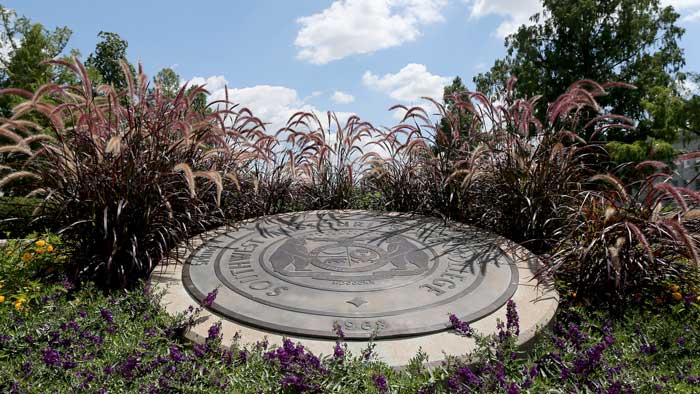 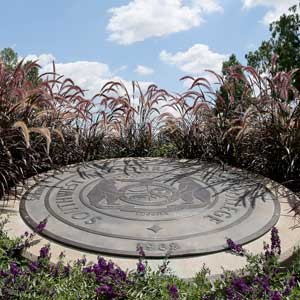 On Tuesday, Springfield residents voted to repeal the sexual orientation and gender identity (SOGI) provisions in Springfield’s non-discrimination ordinance. The campaign leading up to the election was sometimes emotional. Many members of the campus community put the University’s public affairs mission into practice by participating on both sides of the campaign. Many of us were disappointed in the result; however, the narrow margin of the vote proves that hearts and minds are changing, and that many people in our community are deeply committed to ensuring that Springfield is a welcoming place for all who work, study and live here.

Even so, I think it important to publicly re-affirm the University’s commitment to be an inclusive campus where everyone is welcome and valued.  Our policy has long been that we will not discriminate on any basis not related to the applicable educational requirements for students or the applicable job requirements for employees. This means that Missouri State does not discriminate against anyone due to their sexual orientation, gender identity, political affiliation, race, color, religion, sex, national origin, ancestry, age, disability or veteran status. That is still true, and we will continue to model that position for our city.

The SOGI repeal campaign has been actively debated on campus, as it should be. Missouri State University is committed to providing an environment where issues can be openly discussed and explored. The freedom to exchange views is essential to the mission of the University.

On that note, Missouri State’s public affairs mission is not a weapon to be wielded when we work or study with those who have different ideas, beliefs or values than our own. In the same way that discrimination will not be permitted at Missouri State, we will also not permit retaliation based on someone’s political or religious beliefs or advocacy efforts on this or any other political issue. Missouri State is committed to maintaining an environment that encourages people to speak openly. We do not behave as ethical leaders when we seek to stifle free expression or punish those who advocate for particular viewpoints. The free exchange of ideas, so long as it occurs civilly, adds to the diversity and depth of the Missouri State experience. That is true whether those ideas are very conservative, very liberal or anywhere in between.

As a University, we must continue to move forward in our goal to be inclusive and welcoming to all members of the Missouri State University family. 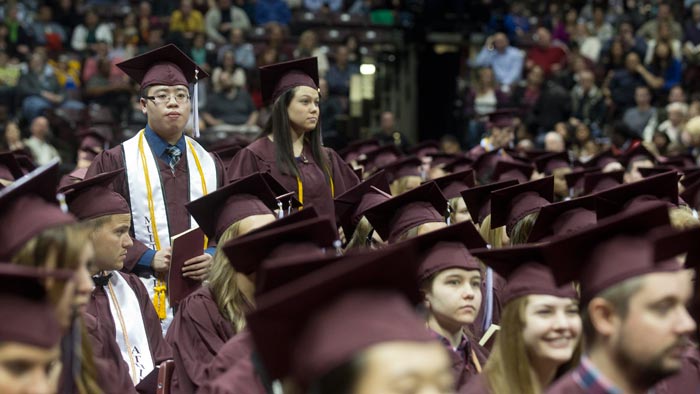 Clif Smart delivered the address at the Fall 2014 commencement. 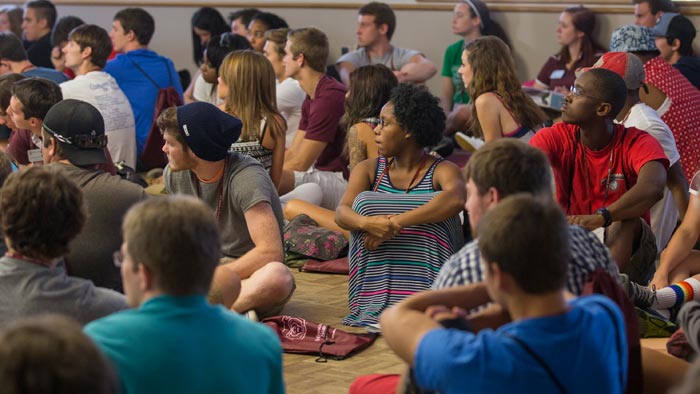 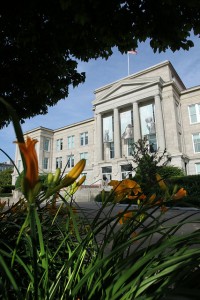 As the semester winds down, we have much to be thankful for and many successes to celebrate. Our enrollment is at a record level, new programs have begun, fundraising has increased and new facilities are under construction. However, we also saw a handful of people respond in a very negative way to a peaceful protest on the Missouri State campus during Homecoming.

That incident has resulted in a campus-wide dialogue about racism. I believe this dialogue is healthy, and I expect it to continue. I also expect it to result in positive change on our campus over time. I applaud our students who started this dialogue by exercising their rights to free speech through a protest, open forums and social media.

It is always challenging to have a conversation about racism. The opportunity for misunderstandings and hurt feelings exists on all sides. Moreover, addressing these issues as an institution is neither a fast nor easy process; however, we are focused on moving forward as a university that embraces and promotes diversity and creating an environment where all members of the campus community feel equally included and valued.

During the coming days and weeks, we may experience more protests in a variety of formats at multiple venues. The grand jury meeting in St Louis will soon issue its report regarding the shooting of Michael Brown, and many will be unhappy with the results, no matter what they are.

Respect the marketplace of ideas

I encourage everyone to remember that all members of the Missouri State University community have the rights of assembly, free speech and expression throughout campus. While we as individuals may not always agree with the ideas expressed, as a community built on civility and respect, we must all support and protect these rights. By committing to do this, our campus climate will continue to improve.

Have a safe and happy weekend. Go Bears!