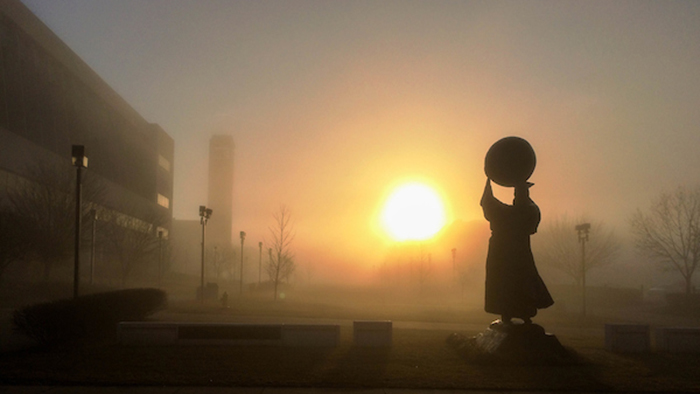 Our public affairs theme for this year is Life, Liberty and the Pursuit of Happiness: Perspectives on Self-Government. Throughout the year, we will explore our rights and responsibilities as citizens in a modern democracy. 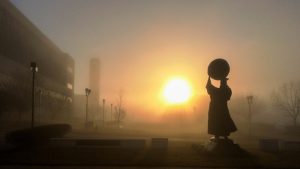 We began this exploration several weeks ago with our Public Affairs Week activities. Highlights included:

Connect with the theme

Please join me as we continue to explore the theme at the Public Affairs Convocation lecture at 7 p.m. Nov. 1 at Juanita K. Hammons Hall for the Performing Arts.

As a speaker with a reporter’s eye for the truth, Nazario humanizes the issue of immigration, posing new perspectives that fall on both sides, while offering solutions destined to change the national dialogue. The lecture is free and open to the public, and no ticket is required.

We will continue our signature public affairs events in the spring semester with the Public Affairs Conference, the Missouri Public Affairs Hall of Fame Induction Ceremony and the Collaborative Diversity Conference.

Please plan to attend all of the signature events as we advance Missouri State’s public affairs mission. 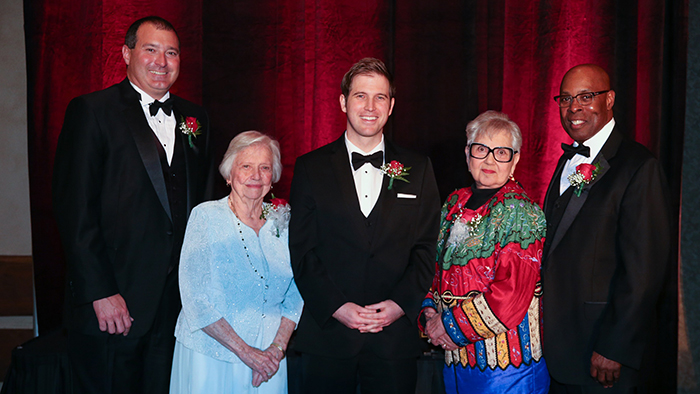 The Missouri Public Affairs Hall of Fame is one of our signature events at Missouri State. It is just one example of how the University puts its statewide mission in public affairs into practice.

Through the Hall of Fame, we recognize individuals who, through their academic, personal and professional achievements, demonstrate active engagement to improve the lives of others. 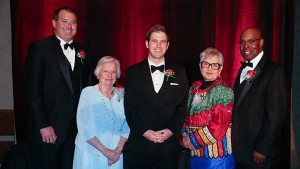 The induction ceremony and banquet was a nice event with about 300 people in attendance from the University, the community and the state of Missouri. You can read more about this year’s inductees in my Jan. 26, 2016 Clif’s Note.

These five individuals, along with the inductees from prior years, will be recognized in the Missouri Public Affairs Hall of Fame display located on the west wall of the Davis-Harrington Welcome Center.

The display was installed this spring. It honors Hall of Fame inductees in a meaningful and appropriate way on our campus. Please take a moment to visit the Welcome Center and view the display at your convenience. 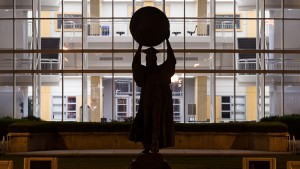 We will induct another class into the Hall of Fame on April 7, 2017 at the White River Conference Center.

If you have a name to submit for consideration, please complete the online nomination form or contact Ryan DeBoef, chief of staff. 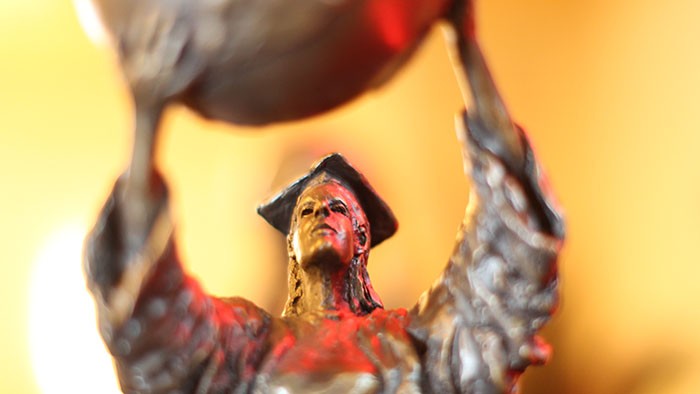 Last week we announced this year’s inductees into the Missouri Public Affairs Hall of Fame: Mark Arnoldy, Henry Bloch, Pat Danner, Jimmie Edwards and Laura Ingalls Wilder. I am excited about this class. 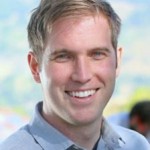 Arnoldy is CEO of Possible, a nonprofit healthcare company that delivers high-quality, low-cost healthcare for the world’s poor. Possible delivers healthcare at a hospital, network of clinics and via community health workers and served its 300,000th patient in December. 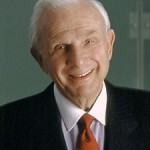 Bloch is the co-founder and honorary chairman of the board of H&R Block, Inc., which he and his brother, Richard, founded in 1955. Bloch is a businessman, civic leader and philanthropist who has worked to improve the quality of life in his hometown of Kansas City. 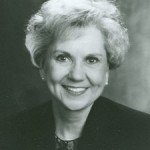 Danner served in the United States Congress from 1993-2001. While much of her legislative work focused on the needs of her district, she was actively involved in a number of important pieces of legislation. Most notably, she sponsored a bill that became law that addressed the needs of the hungry by protecting donors of usable, but not salable, food from liability. 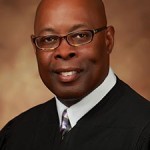 Edwards has served as a circuit court judge for the 22nd Circuit Court in Missouri, serving St. Louis, since 1992. Edwards opened the Innovative Concept Academy in 2009, the first school in America supervised by a judge and dedicated to the education of juvenile delinquents. 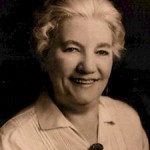 You can find additional information about this year’s nominees in last week’s news release.

How to attend the induction ceremony

This year’s induction ceremony and banquet will occur at 6 p.m. April 14 at the White River Conference Room. Tickets are $40. I encourage all members of the University community to purchase tickets and attend this event.

Additionally, if you have suggestions for future inductees into the Missouri Public Affairs Hall of Fame, please submit a nomination. 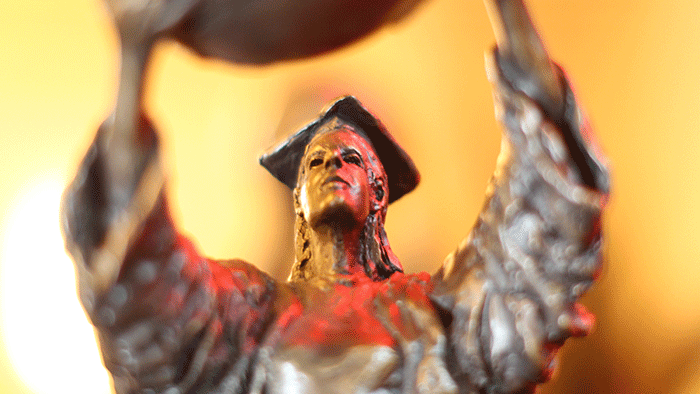 This week I discuss changes made to the process for selecting Missouri Public Affairs Hall of Fame recipients. 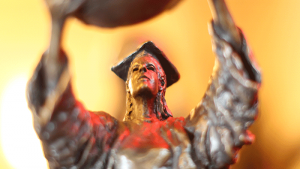 On April 17 we inducted three individuals into the Missouri Public Affairs Hall of Fame: George Washington Carver, Eric Greitens and Simone Bernstein. The induction ceremony and banquet was a nice event and was well attended by a large number of people from the University, the community and the state of Missouri.

We will induct another class into the Hall of Fame on April 14, 2016, at the White River Conference Center.

Last week we approved a new policy on external recognitions and awards that will guide us as we select future inductees into the Missouri Public Affairs Hall of Fame. We have formed a new selection committee that will vet nominations and select inductees based on their support of public affairs and engaged citizenship.  This committee will meet throughout the summer and the academic year.

The selection process will not vary significantly from the past. However, I want to point out one key difference. In the past we have solicited nominations with a July 1 deadline for the upcoming class. We have decided that it is more appropriate to select candidates earlier. Accordingly, to ensure consideration, nominations should be submitted before July 1 for the class two years later. For example, nominations should be submitted by July 1, 2015, for consideration in the class to be inducted in the spring of 2017.

My vision for the Public Affairs Hall of Fame is that we select a diverse class each year including both well-known and less well-known individuals with a connection to Missouri that have contributed to public affairs with their time and/or resources. To this end, it is critically important that we receive nominations of inductees as you come across good candidates in your professional and personal endeavors.

If you have a name to submit for consideration, please complete the online nomination form or contact Ryan DeBoef. 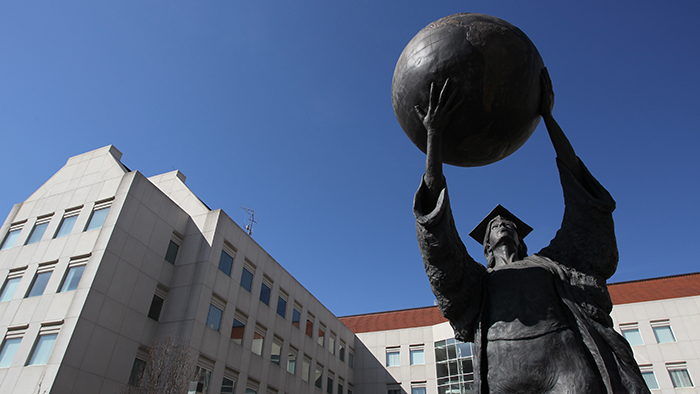 In this issue, I focus on one of our public affairs signature events.

Last week we announced this year’s inductees to the Missouri Public Affairs Hall of Fame and I am excited about this second class of George Washington Carver, Eric Greitens and Simone Bernstein.

Carver worked to diversify crops in the South

Eric Greitens served as a United States Navy SEAL officer and deployed four times to Afghanistan, Southeast Asia, the Horn of Africa and Iraq. After returning from Iraq, Greitens donated his combat pay to found The Mission Continues, a national nonprofit organization that challenges veterans to serve in communities across America. His book “The Heart and the Fist” was read by all our freshmen this year.

I encourage all members of the University community to purchase tickets online and attend this event. You don’t want to miss this opportunity to interact with state and community leaders and honor our inductees.