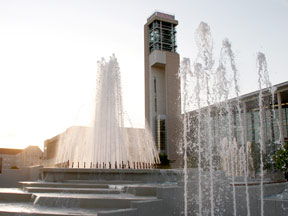 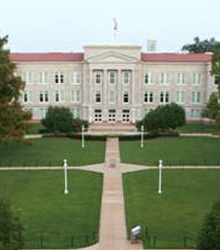 As you may know, the Missouri House and Senate Budget Conference Committee came to an agreement Wednesday night. Their recommendation now goes to the full house and senate for approval. By law, the budget is required to be approved by tomorrow, May 6, which is one week before the session ends. When approved, it will move on to the governor for signature; he has 45 days to act on it, but will likely be more prompt prior to the July 1 start date for the fiscal year.

To remind you, the budget is not complete and official until all of these steps are completed. But at this point, we are confident the Budget Conference Committee’s recommendation will be accepted and approved.

I want to summarize the major components of the compromise package and describe their implication for Missouri State University.

You will recall that the Governor’s recommendation, which was adopted by the House, was for a 7 percent reduction in state appropriations for public higher education institutions. That is the premise we have worked with for the past several months.

The Senate recommended a smaller reduction. It proposed adding $20 million back to higher education so that the cut was 4.8 percent.

The compromise passed by the Budget Conference Committee was for $12 million to be added so that the reduction is approximately 5.8 percent.

For Missouri State, this means approximately $1 million more than we had planned to receive for fiscal year 2012. The Executive Budget Committee has a meeting scheduled for Monday, May 9, at which time we will begin discussing how best to invest those additional funds. At the legislature’s request, we will use a portion of it to help reduce the cost for students. We will report back to you on the Executive Budget Committee’s recommendation.

On behalf of the Board of Governors and the campus community, I want to thank the governor and the Missouri General Assembly for its hard work on the budget which again reflects the high priority all parties place on higher education. 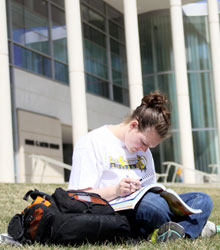 After three years of hard work, our legislative delegation was successful in obtaining the on-going funding for the cooperative doctor of pharmacy degree program (PharmD) with the University of Missouri-Kansas City (UMKC). Our hope is to enroll the first class in fall 2012.

Three years ago, UMKC received one-time start-up funding of $2.3 million which will now be used on both campuses to prepare for the program.

In the coming weeks and months, we will work closely with UMKC, the local hospitals, and others to prepare to launch this much-needed program. We want to express our thanks and appreciation to our area legislators for their good and persistent work in achieving this goal. It will be the citizens of southwest Missouri that benefit the most from this.

I hope this update is helpful to you. We will continue to communicate as we head toward the Board of Governors’ approval of the fiscal year 2012 operating budget at the June 17 meeting.