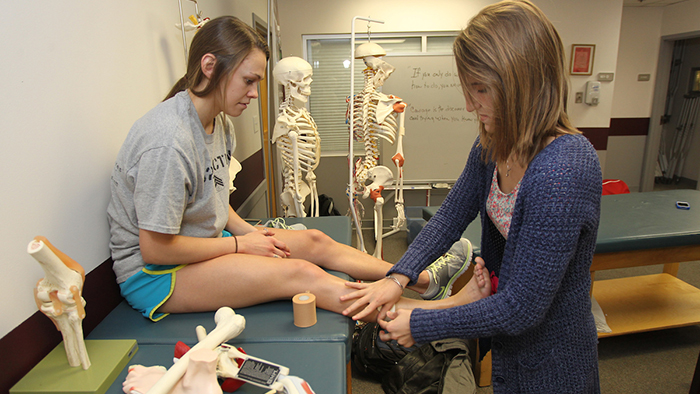 Last week our Board of Governors met on the West Plains campus.

Approval of the FY 2018 budget 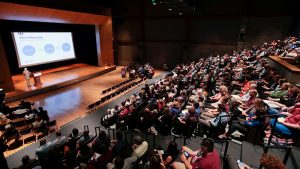 The board approved our fiscal year 2018 operating budget. The budget includes $8 million less in state appropriations than last year’s budget. To balance the budget, it also includes the cuts that we discussed throughout the spring and additional revenue generated through enrollment growth and an inflationary tuition and fee increase.

The budget does not include an across the board pay raise or funding for discretionary raises based on merit. While it was necessary to forego raises this year due to the state funding reduction, the board indicated that this was not a sustainable strategy long term. The university must find ways to increase compensation to avoid losing its most talented employees.

Making MSU an even better place to work 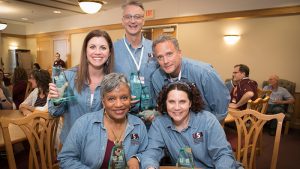 While the budget does not include an across the board raise or a pool for merit raises, it does include several items that affect compensation:

The board also approved changes to the faculty and staff handbooks. The faculty handbook now provides for sick leave accrual by faculty and clarifies the situations in which faculty are eligible for paid FMLA leave. 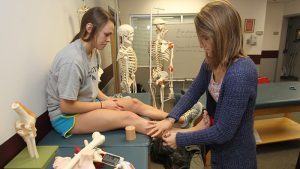 The board also discussed the Greater Ozarks Center for Advanced Technology (GOCAT) on the West Plains campus and approved a memorandum of understanding with the city of West Plains and the West Plains R-7 School District to establish the GOCAT. This GOCAT is the result of a joint effort by stakeholders in West Plains to bring advanced technical training and degree and certificate programs to area residents through a combination of seated, blended, online and laboratory courses. I encourage you to visit the GOCAT webpage to learn more. 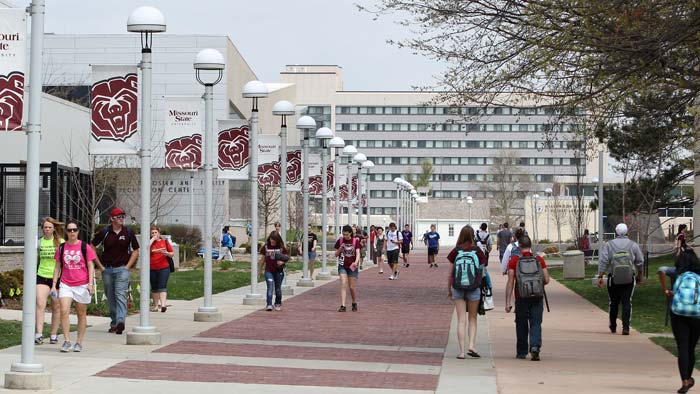 Last week the Board of Governors had its June meeting in West Plains. I wanted to update you on several of the board’s actions. 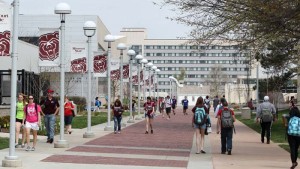 The board approved the university’s fiscal year 2017 budget. Under the budget, there will be no increase in tuition for in-state undergraduate students. The budget includes:

The board also approved our fiscal year 2018 capital appropriations request. This request is a vehicle the university uses to request state investment in certain facilities on our campuses.

The board approved a revised contract with Coach Kellie Harper. The revised contract extends the term of her employment to 2021, includes a $12,500 salary increase and includes a $100,000 incentive payment that will be paid if Coach Harper stays through April 2019. The salary increase and incentive payment funded are completely with private gifts.

The board also approved changes to the Faculty Handbook. The revisions clarify the employment status of faculty on sabbatical, clarify when a faculty member has professional responsibility with regard to a student, and make several technical changes to the Academic Personnel Grievance Process and the Professional Practices Review Process. 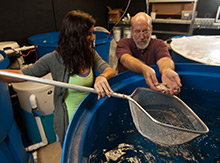 In this issue of Clif’s Notes, I summarize the legislature’s actions during veto session, recognize this year’s recipients of the Professor Salary Incentive Program, provide information about the newly created Center for Community Engagement, discuss the Bill R. Foster and Family Recreation Center’s award of LEED silver certification, provide information about Family Weekend activities and encourage the University community to attend the Bears’ first home football game and pre-game tailgate. 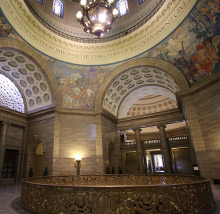 As you know, Governor Nixon restricted a number of appropriations pending the fate of his vetoes of ten sales tax exemption bills and general revenue collections. Three of the restricted appropriations, totaling approximately $7.8 million ($5.5 million in operating funds and $2.3 million in capital), directly benefited Missouri State.

The legislature finished its veto session early yesterday morning. Two of the ten sales tax exemption bills became law as a result of legislative overrides, but these two bills are anticipated to have only a modest fiscal impact. Additionally, the legislature overrode Governor Nixon’s line item veto of the Missouri Scholars and Fine Arts Academies, restoring funding used by the Department of Elementary and Secondary Education to support the Missouri Fine Arts Academy at Missouri State.

Yesterday afternoon, Governor Nixon announced that he will immediately release the higher education performance funding appropriation.  Missouri State’s portion of that appropriation totals approximately $4.2 million (less the ordinary 3% holdback).  Whether Missouri State will receive the other restricted appropriations will depend on general revenue collections in the coming months.

This is very good news for Missouri State and vindicates our decision to move forward with the budget approved by the Board of Governors, which I summarized in a prior issue of Clif’s Notes.

A committee of faculty and administrators developed guidelines for the program and selection criteria. Committees evaluated applicants throughout the spring semester.

In May, the following faculty were named as 2014 PSIP recipients:

Congratulations to the 2014 PSIP recipients. Applications for the 2014–15 cycle are due Dec. 12, 2014. Materials to assist faculty members as they prepare their applications will be posted during the fall semester. Please feel free to contact Dr. Chris Craig or Dr. Julie Masterson in the provost’s office should you have questions about PSIP. 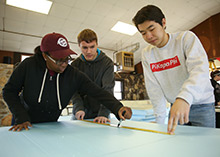 The Board recently created the Center for Community Engagement (CCE). The CCE’s mission is to advance Missouri State’s public affairs mission by increasing the University’s involvement in local, regional and statewide efforts at community engagement. The CCE will work to increase the visibility and effectiveness of the University’s community engagement efforts by these tactics: 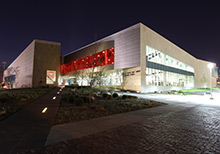 The United States Green Building Council (USGBC) has awarded the Bill R. Foster and Family Recreation Center a Leadership in Energy and Environmental Design (LEED) silver certification. LEED is a green building certification program that recognizes best-in-class building strategies and practices. Achieving this certification was a big undertaking, and I want to thank our office of planning, design and construction for leading this effort.

Family Weekend is this Friday through Sunday, and we expect hundreds of Bears on campus. Weekend highlights include a Student Showcase and BBQ at 7 p.m. on Friday on the North Mall, a Family Weekend Welcome Breakfast Buffet at 9 a.m. on Saturday in Plaster Student Union and a Legacy Family Ice Cream Social at 1 p.m. on Saturday in the Duane G. Meyer Library. A number of University offices and student organizations will sponsor activities throughout the weekend. See the complete list of Family Weekend activities.

Our first home football game is at 6 p.m. on Saturday, Sept. 13. I encourage the entire Missouri State community to come out and support the Bears as we play the University of North Dakota in the newly renovated Plaster Stadium. Students get into the game free by showing their BearPass card at the gate. Students may also purchase $5 bleacher tickets for their families and friends in person or on the phone by asking for the Family Day discount. Faculty and staff may purchase an unlimited number of tickets at half price ($10 for chairback, $8 for bleacherback and $5 for bleacher) by showing their BearPass card when they purchase tickets at any box office.

I also encourage all of you to join me in tailgating before the game in the new Hiland Dairy BearFest Village. We have changed the gameday experience this year by relocating BearFest Village. The new Bearfest Village will be located just north of Plaster Stadium (between the stadium and McDonald arena), and it will include games, music, spirit squads and more.

I look forward to continuing to work with you to accomplish great things at Missouri State this semester. Thanks for all you do for our University. 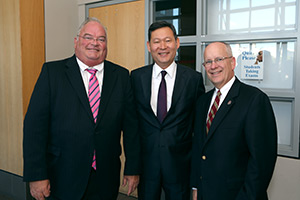 Ambassador Umarov was visiting southwest Missouri to learn about our region and meet with Springfield businesses to explore opportunities for collaboration in the areas of manufacturing, agriculture, education and new technologies.

It was also a terrific opportunity for the Missouri State campus to learn more about Kazakhstan and global affairs. At the event, the ambassador gave a brief presentation and a held a question and answer session. Given his diverse background and experiences, his presentation was well received by those who attended.

About Kazakhstan and Ambassador Umarov

For those who may not know, the central Asian nation of Kazakhstan is the largest of the former soviet republics that gained independence during the dissolution of the old Soviet Union. Ambassador Umarov is now serving his third stint as the nation’s ambassador in Washington, D.C.

Ambassador Umarov earned his undergraduate degree at the Almaty Pedagogical Institute of Foreign Languages in 1985, teaching there as well from 1987-88. He later received a Ph.D. in history at the Kazakh University of History, Archeology and Ethnography in 1989. He was chief editor of the Writers’ Union of Kazakhstan from 1989-91.

One of the many benefits of life on a university campus is learning from the experiences of people like Ambassador Umarov. I look forward to other opportunities as the semester moves forward.