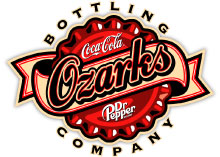 In this issue of Clif’s Notes, I provide an update on this year’s budget, summarize the renovation of Pummill Hall, report on the recent trip to China and draw your attention to the University’s new pouring rights contract. 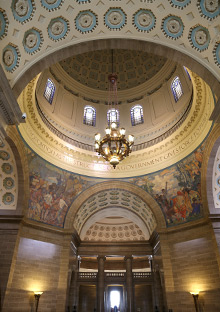 On May 20, Governor Jay Nixon announced budget withholdings from higher education and other state agencies due to insufficient revenues, specifically from lottery proceeds. For Missouri State, that means $1,158,338. This withholding is on top of the $353,017 that was announced a few weeks ago — for a total of $1,511,355 in withholdings for this current fiscal year (FY 2014).

As you would expect, we are disappointed that the withholding was necessary, especially this late in the fiscal year, but we understand the relationship between state revenues and state appropriations. Because this comes so late in the year, there is no reasonable way to adjust the annual budget. We will, therefore, cover this from reserves.

Fortunately, through good stewardship over many years by multiple presidents and all of you, Missouri State has sufficient reserves to cover such emergencies. That is the purpose of the reserves. 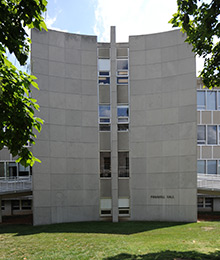 Renovation of Pummill Hall will begin in June, with a completion target of July 2015 in time for the 2015 fall semester. The construction contract was approved by the Board of Governors Executive Committee on May 21.

Pummill Hall was built in 1957 and includes 41,948 square feet of space. The renovation budget is $6.9 million, $5.4 of which will be paid centrally with maintenance and repair, classroom upgrades and the president’s budget. The remaining $1.5 million will be shared equally among private donations, the College of Natural and Applied Sciences and the College of Health and Human Services.

All four floors of the building will be renovated. The hospitality and restaurant administration department will occupy the top two floors, the School of Social Work will be on the first floor and the second floor will consist of general classroom space. In addition to the interior renovation, the exterior curtain wall and all exterior glazing will be replaced and upgraded to a much more energy efficient system.

We are very excited to get this project under way. Not only will it provide quality space for these units, but it also will free up much-needed space for our health programs in the Professional Building. 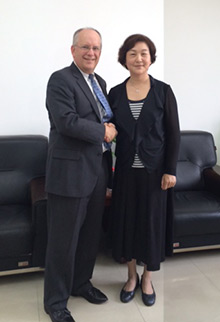 As you know, on May 17, I joined a Missouri State delegation on a 10-day trip to China. It was a very productive trip, and I wanted to summarize it for you.

Missouri State was among the first U.S. universities to work with China 15 years ago, and the University has been a leader in educational partnerships since then. Our China Program continues to be a signature program for Missouri State, thanks to the strong relationshipsbuilt by Dr. Jim Baker, Steve Robinette, Dave Meinert, Brad Bodenhausen and others.

Ozarks Coca-Cola/Dr Pepper Bottling has been awarded the University’s pouring rights contract. At a maximum duration of 11 years and valued at approximately $6 million, the pouring rights contracts is one of the largest non-construction contracts the University signs. Coca-Cola won the exclusive right to serve its products on campus with a bid more than $500,000 better than PepsiCo for the life of the contract.

I want to thank Chief Financial Officer Steve Foucart, General Counsel Penni Groves, and Director of Procurement Mike Wills, along with the members of the evaluation committee, for their good work on this RFP process. I believe we ended up with a very good contract.

Enjoy your break, no matter how long you have. For some, I know the beginning of summer school will be here shortly.

Thanks for all you do for Missouri State University.

Creative marketing campaigns built on sound strategy integrating traditional and emerging media and communications resources — this is the challenge presented to Ad Team each spring. 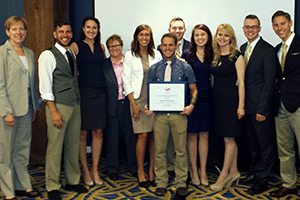 On May 15, Ad Team — a student-run advertising agency within the marketing program in the AACSB-accredited College of Business — won first place in the API (American Petroleum Institute) “Challenge Your Energy IQ Case Competition,” hosted by EdVenture Partners in San Francisco. This is just one year after Ad Team won first place in the national AT&T Campus Challenge for their “inTEXTicated” campaign.

“This year’s API competition presented an opportunity to help increase awareness and encourage education about one of the most critical challenges we face: energy for tomorrow,” said Dr. Melissa Burnett, professor of marketing and Ad Team adviser.

The 2014 MSU Ad Team consisted of these students:

The students showcased their drive and passion for marketing and attained an unparalleled real-world, hands-on experience by designing every element of a marketing campaign. They also built on the tradition of success of Missouri State’s Ad Team.