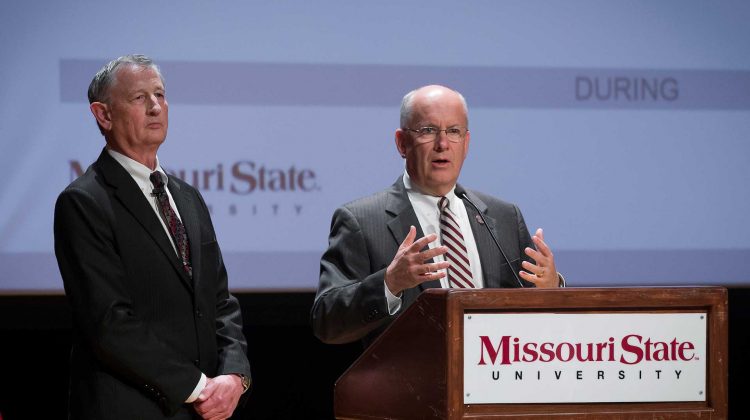 Clif Smart and Frank Einhellig will present the State of the University address at 12:15 p.m. Monday, Oct. 7, 2019, in the Plaster Student Union Theater.

You can view the livestream video here.

During the speech, President Smart and Provost Einhellig will accept questions in person and online:

For those who cannot attend in person, the speech will air at 7 p.m. Oct 7 on KSMU and 8 p.m. Oct. 10 on Ozarks Public Television.missouri-state-state-of-the-unversity-2018-presentation sotu-2019-sgf-final 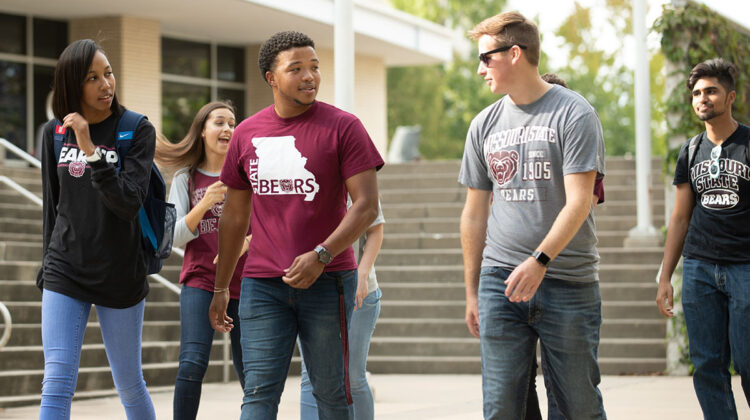 In closed session at the June Board of Governors meeting, I presented my self-assessment to the board. As part of that presentation, I submitted the university’s end-of-year report. I also used a series of slides to highlight some of the university’s accomplishments outlined in the report.

I would encourage you to review the report and slides at your convenience. Highlights include:

These accomplishments do not belong to the administration or the board. They belong to entire body of faculty, staff, students and supporters that make up the Missouri State University community. Please join me in celebrating a successful year as we prepare for what next year holds.