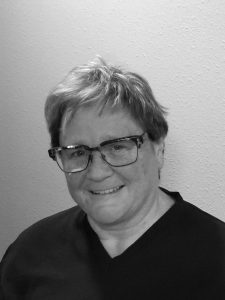 An estimated 180 classes, more than 6,000 office hours, countless relationships, and 11 championships with the nationally recognized organization she advised, AdTeam…that is the impact Dr. Melissa Burnett has had on the Marketing Department at Missouri State University. She retires after 30 years as a faculty member, but her legacy will live on for many years to come.

Burnett was excited to hear about the opportunity to return to her alma mater. In the role, she would have the ability to help build the Advertising and Promotion program with the goal of creating a nationally recognized program.

The Marketing Department at Missouri State is unique because it is housed within the College of Business. “You don’t have that opportunity with very many universities,” says Burnett. “A lot of times an advertising/promotion program is housed in communication or other colleges, not in the College of Business.” Burnett believed this to be a good fit for her area of interest and passion, so she took the position.

As faculty advisor for Ad Team and professor of Advertising and Promotion, Burnett provides students with hands-on experience with clients to prepare them for their future careers. She attributes the success of her students to their constant drive to go above and beyond. She holds her students to a professional standard, both in the classroom and while working on Ad Team projects. “I’d much rather have them learn it here at Missouri State than learn it by trial-and-error in their first career position,” says Burnett.

She encourages students to push for the best quality of work they can create. When working on Ad Team campaigns, she explains how members would create a total integrated campaign with assets that could take the client five years down the road. These campaigns would often include elements that the client may not have directly asked for, but clearly needed. “My goal is that students walk into this new career that they’re starting and are able to contribute on day one.”

Burnett vividly remembers a project in 2015 where Missouri State’s Ad Team was invited to create a marketing campaign for the U.S. State Department. Getting a call from the White House is not something she expected to experience during her time as a professor, but the organization was being called upon to participate in this nationwide competition. With Burnett’s guidance, Ad Team created a comprehensive campaign that won first place against finalists from Australia and Canada.

The campaign, called One95, was a digital effort to unite the voices of every community to prevent violent extremism. It focused on the idea that change starts with one person and can grow to impact 195 countries. She never anticipated for Missouri State’s Ad Team to be hand-picked by the United States government to help solve a global issue, but she remembers it as one of the most rewarding experiences of her career.

Throughout her time at Missouri State, Burnett cherishes the many relationships that have helped her grow as a person. She says, “I have been fortunate to be surrounded by people who have taken me on as a project…sometimes you need that help to see what’s down the road.” She describes how there has always been people along her journey that have supported her and served as role models. She recommends students always keep a role model in mind—doing so will help them prepare for their future careers and keep up with trends in the industry.

“The reason I’m here is because of my desire to work with students, and that never changed the whole time,” says Burnett. She explains that all of her favorite memories from her 30 years of teaching involve working with students. Students also appreciate the impact that Burnett has had on their lives.

Brittney Laramie, an alumnus of Missouri State, now serves as Digital Media Program Lead at GEICO in Washington, D.C. She says, “During my 3+ years working with Dr. B as a student on Ad Team, as a graduate assistant, and as one of her many lucky mentees, I truly feel like I learned a lifetime’s worth about hard work, the value of relationships, the fun to be had in advertising, and what font type represents each personality on the planet – seriously, though! Hers is Gill Sans Ultra Bold. All kidding aside, I can say for certain I wouldn’t be where I am without her encouragement and guidance, both during and after class let out.”

Missouri State alumnus, Kimberleigh Eng, works for Zimmerman Advertising as an Account Executive on the McDonald’s account. “As the president of the 2016 Ad Team, I got to the opportunity to work very closely with Dr. Burnett. She challenged me professionally more than anyone ever has. When I thought something was good, whether it was creative, a script, or a presentation, she pushed me to make it even better.”

Eng goes on to say, “To this day, I can still hear her voice in my head when I’m writing presentation decks. It was frustrating in the moment, but looking back, it has prepared me for the agency world and truly helped me get to where I am today. She encouraged me to have confidence in my ideas and believed in me before I even believed in myself.”

As retirement approaches, Burnett looks forward to spending time with her family. She is excited to shift gears and take on new challenges, learn new skills, and see the industry from a new perspective. She says, “My retirement is not really retirement, it’s more of a step to finding a new path and new challenges along the way.”