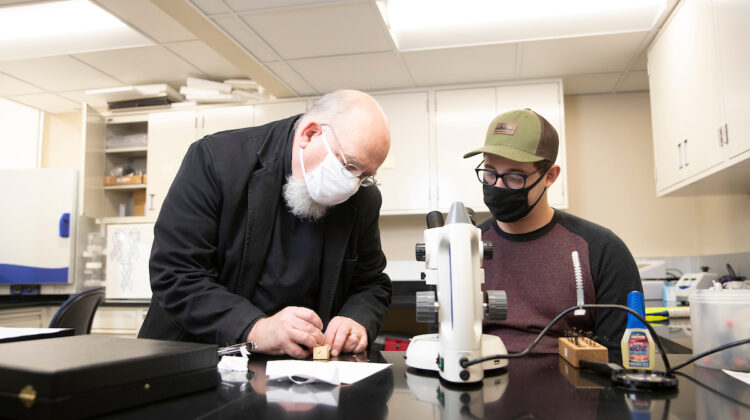 If you ask Dr. David Claborn, director of the Master of Public Health program at Missouri State University, you’ll learn the critters have more influence than you think.

Throughout his career, Claborn has studied the public health implications of disrupted environments, which are land or populations damaged by disasters. They create unstable living conditions.

A disrupted environment can include land damaged by natural disasters, like earthquakes and hurricanes. Or by human hands, like war and terrorism.

But these visible disasters aren’t the only factors that lead to instability.

From 2016-19, Claborn led a team across Missouri collecting mosquito species. The Department of Health and Senior Services (DHSS) funded the research to calculate the risk of Zika in Missouri.

Over four summers, Claborn and groups of students collected, identified and curated more than 50,000 mosquitoes. They stomped through wreckage yards and old tire piles to extract samples.

The team found no specimens of the Yellow Fever mosquito, which is the main transmitter of Zika. However, they did find two other invasive species that may have influence in the state.

The first species is the Asian Tiger mosquito. It also can carry Zika.

“This species is common, and it’s everywhere,” Claborn said.

“Both of these species became abundant in Missouri just over the last 20 years,” he said. “These new species change our risk profile for the transmission of Zika and other viral diseases.”

The DHSS used Claborn’s data to form contingency plans. With his help, the state is prepared for a potential outbreak of Zika, or another mosquito-borne virus.