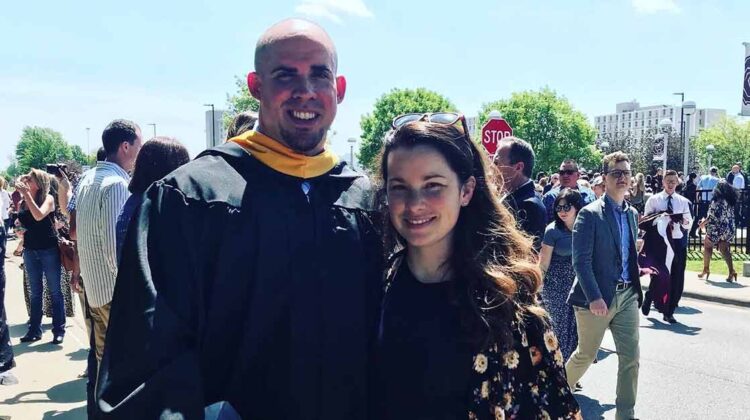 Matt Hancock earned a bachelor’s in exercise science, became a personal trainer and managed a gym.

The Springfield native eyed MSU’s health promotion and wellness management graduate program because he wanted to make change on a larger scale.

“I really wanted to get into corporate health,” Hancock said. “It has been blowing up over the past couple of years. There’s a lot of opportunity. Companies are realizing healthier employees are more productive, too.”

Working while completing his degree

Missouri State’s program was attractive because it was flexible and offered a mix of seated and online courses. He worked full time at Mercy and was able to go to school part time and tackle his degree in chunks.

“I really liked the core classes because they let me learn a lot more about the direct areas I was going into, such as how to build up a program, how to look at a population health approach. My undergrad was more studying facts. My master’s was more applicable to everyday life and translating into a working situation,” Hancock said.

As part of a clinical requirement for his master’s, Hancock completed a 420-hour internship at Bass Pro working for the company’s wellbeing program.

He added on a certificate in health education because Hancock felt it would give him an edge in the job market and it did.

At Prime, Hancock was able to use the knowledge he learned in his master’s courses to directly impact driver health.

He revamped the wellness program and reaches nearly 8,000 drivers.

“In the past, Prime focused on a 13-week weight loss program for drivers,” Hancock said. “We have evolved to focus on a whole person virtual approach now. When COVID entered our lives, we had to look at our health initiatives in a different way. In-person services were no longer an option, so in October 2020 we began designing our own online wellness platform using a learning management system called Learn Dash.”

“The master’s program really helped prepare me for my career by giving me the base of knowledge I needed. I didn’t know anything about corporate health when I started. I learned a lot to prepare for the position I am in now.”

Through this platform they created health risk assessments, collected health data and designed and evaluated programs more efficiently to suit drivers needs based on the health risks that are prevalent in the occupation, such as fatigue and back pain.

A holistic approach to employee health

The platform will allow them to offer fitness, nutrition and mental health programs around-the-clock to fit drivers’ unique schedules over the road.

“All aspects will be gamified so we can create an engaging, competitive atmosphere by offering points to our drivers for completing certain health-related activities and tasks,” Hancock said.

Drivers can access virtual personal training and nutritional counseling with their registered dietitian.

“Not everyone is interested in losing weight or eating right, but if we have several initiatives they can focus on, then we can let them hone-in on one that helps them lead a healthier life,” Hancock said.  “It has gotten a lot of traction. We are starting to see improvement in employee health. It’s really a rewarding job. This is what I’ve been wanting to do for many years. I want to make a big impact on driver health, satisfaction, happiness and lifestyle.”

Explore a master’s degree in health promotion and wellness management 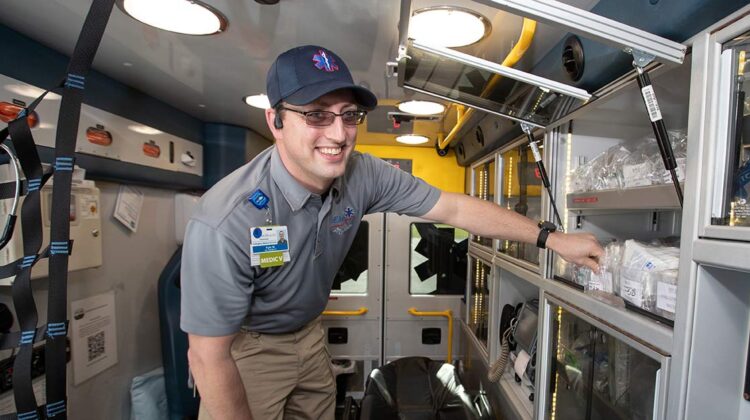 It started after high school when he witnessed a fatal vehicle accident, which led him to become a volunteer firefighter in Taney County, Missouri in 2004.

The first piece fell into place when Meadows discovered that he loved being a firefighter and enrolled at Ozarks Technical Community College to earn an associate degree in fire science.

While still finishing this degree in 2009, Meadows was hired by Strafford Fire Department in Greene County, Missouri when they first became a full-time career department.

“It was a lot of fun and I got to be part of the department as they were defining themselves,” he said.

Soon, as Meadows realized that firefighters respond to more medical calls than to fires, he began to identify what he liked about this line of work.

“A lot of their response has transitioned into medical calls over the years as more people are needing medical care and buildings are being built better,” the 34-year-old said.

He earned an EMT license in 2009 and the next piece of the puzzle fell into place.

As much as he loved being a firefighter, he did not love the salary that came with working at a small fire department. Meadows also discovered he loved the medical side. So he began to seek a way to advance his professional career.

As pieces of his puzzle began to fit together, Meadows got married and started a family; he knew he wanted more lifelong earning potential. In 2012, he completed his fire science degree, left the fire department and enrolled in paramedic courses at OTC.

That same year, he started working on an ambulance at CoxHealth where his career began to define itself for him. He earned a paramedic license in 2013 and his associate paramedic degree in January of 2014.

“I had found my calling. This is what I really want to do. I want to advance my career in health care. I realized I could not elevate myself without a better academic resume. I started investigating what I could do for a bachelor’s degree,” Meadows said.

Getting his bachelor’s degree

His investigation led him to Missouri State University’s health services degree in the department of public health and sports medicine.

The degree was attractive because it offered a clinical services option for students who were already allied health professionals with an allied health associate degree.

“The MSU program is focused on leadership and quality education. This degree will give me a lot of opportunities.”

“It allows you to use the allied health degree as your first two years as long as you have the Missouri general education requirements. It made me a junior when I started the program,” he said.

Meadows was also attracted to MSU for its cost and reputation. So he enrolled one last time at OTC to complete his Core 42, then transferred to Missouri State.

He loves the program.

“The curriculum is focused on what I do every day. That speaks a lot for that program. I tout it to everyone. I tell everyone in my field to take that path. It’s a fantastic program and I really enjoy the curriculum. I keep many of the PowerPoints from classes,” he said.

The online courses have made it feasible for Meadows to go to school and continue to work fulltime.

Meadows is the system educator for the paramedicine department at CoxHealth.

“We train about 5,000 first responders across Southwest Missouri: Police, Fire, SWAT, EMT’s, Paramedics, Nurses, and community members. We are also one of only four training centers in America for the U.S. Special Operations Combat Medic program based out of Fort Bragg, N.C. We have around 300 personnel and operate our own dispatch center,” he said.

The education aspect of his job excites Meadows and he will continue to further his career with that once he completes his bachelor’s degree in spring 2021.

While it took him a while to figure out exactly what he wanted to do, he chipped away at his goal — sometimes one course at a time.

“My first class was in 2004 and my last class in a master’s degree will be 2022,” he chuckled. “If I could go back and give myself some advice, I would not have finished the fire science degree. I would have gone straight to MSU. The MSU program is focused on leadership and quality education. This degree will give me a lot of opportunities.”